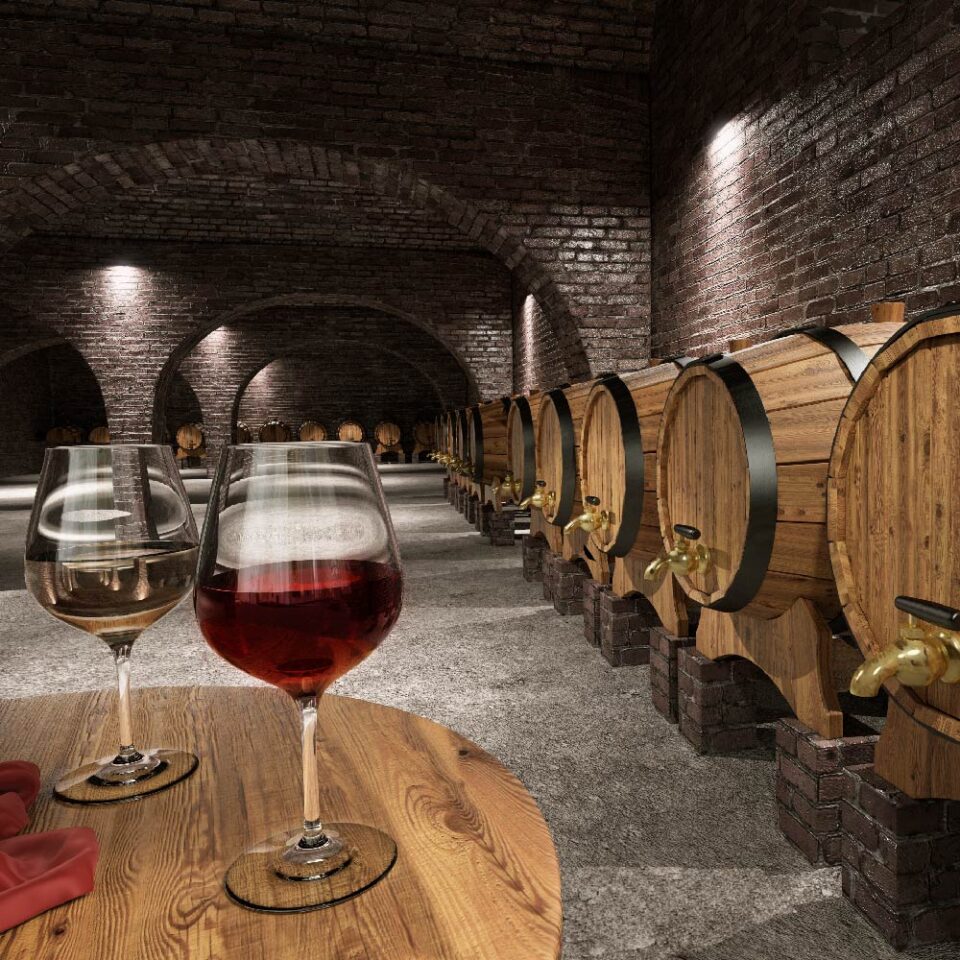 Aging in barrels is a concept that is associated with wine. Although, pickle barrels existed even before that.

The oak wine barrel is so vaunted by producers and connoisseurs that even after it (the barrel) has finished its service as a container for the beverage it is used: somewhere it becomes a table, somewhere – a bench; someone makes candlesticks out of wine barrels.

And meanwhile, the reason that oak barrel has become the most common storage container was, as it often happens, chance. It appears that this occasion was a happy one.

For centuries, the main vessel in which wine was stored was the clay amphora. It was also used for transportation. About two thousand years ago, when the Romans were actively conquering new territories and expanding the borders of their empire, they carried not only weapons and provisions but also wine.

In those days, there was no pasteurization and no one understood how to make water drinkable.

Not only was it safer to drink wine, but wine guaranteed survival in situations where you had to make long migrations, and the water sources you came across were questionable. Wine ensured the destruction of pathogenic germs when drunk, gave strength to the weakened and eliminated toxins.

For several millennia, since the time of ancient Egypt, clay amphorae were used by troops and traders to transport wine over long distances. Some people who lived in Mesopotamia used palm wood barrels to store and transport wine. But it was rather an exception: though a palm tree barrel was much lighter than a clay one, the palm tree was very difficult to work.

The clay provided air-tightness if the barrel was properly sealed. The practice of widespread use of clay vessels for transporting wine continued in ancient Greece and in the Roman Empire. Later it has spread to barrels for whiskey. However, as the empire expanded northward into Europe, farther and farther from the shores of the Mediterranean Sea, it became increasingly difficult to provide the troops with wine.

Although the Romans recognized the advantages of palm wood barrels over clay barrels, the difficulty of shaping palm boards and the high cost left them with no choice.

In their skirmishes with the Gauls, Roman troops discovered that some tribes in Northern Europe used wooden barrels, usually made of oak, for storing and transporting beer.

This turned out to be a solution to a problem: oak was much easier to work, and it was much easier to shape boards from oak, especially in comparison with palm, oak required less firing, so the barrel production took much less time and effort.

Besides, oak was widespread in the forests of Europe, and its dense fibers well protected it from water. The transition to new material for making wine storage containers was rapid: in less than 200 years, tens of millions of amphorae became unnecessary.

Wood barrels for sale are an eco-friendly container that is safe and healthy for humans. Wine from oak barrels has special healing qualities. Such a product helps with acute respiratory diseases to raise immunity, blood pressure, improving digestion, and strengthen blood vessels. Such wine contains many active substances. It has a unique taste, color, and smell.

Do the Relex SMILE Procedure Correct Other Types of Eye Conditions?

Are You Not Satisfied With Your Medicare Coverage Plan? Get The Best Supplement Plan Today!!!

Why You Should Change to Vaping instead of Smoking?

What is Cosmetic Dermatology and Types of Treatments Included?

Online Medical Consultation Singapore: When You Need a Doctor’s Advice but can’t make it to the Office

Various Reasons to See a Urologist

How to hold down a job with bipolar disorder